City Girls team up with their label mate “Lil Baby” to release a song titled “Flewed Out” where they narrated about their usage of private planes, whether it’s Baby flying women to where he is or it’s JT and Yung Miami being flown out by their men.

They all boast their wealth and how they use it on their sexual partners.

And is this same song Lil Baby claimed it was among his track off his album in November 2019, when he previewed multiple snippets prior to its release.

The song was a production from Cheeze Beatz and the twin brother production duo CuBeatz, with the same guitar sample as Lil Keed’s June 2019 track, “Snake“, which CuBeatz is also the co-producer. 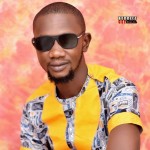